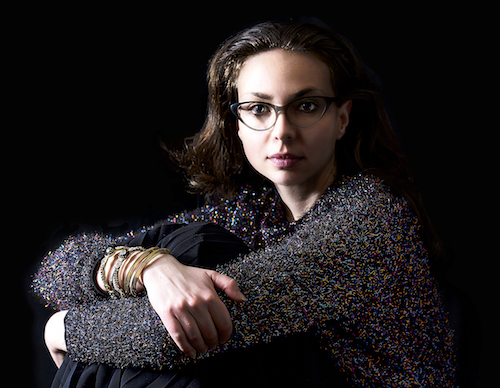 Vesna Vivian Hauschild is a Slovenian playwright that won The National Playwriting Award in 2013. Vesna is also a producer and a performer. In 2016, she was granted an artistic residency in the UK, she worked as a reviewer and a reader for Bush theatre and had been nominated for OldVic12 playwriting competition. Her work has been staged in London and abroad (Inventory, Slovene National theatre SNG DRAMA LJUBLJANA, 2016, Horion, Tristan Bates theatre, 2013 and Glej theatre, Ljubljana, 2015, Jazija, Ljubljana City theatre, 2013). Her short stories won international awards.

She has been writing for travel magazines and theatre publications for over 10 years. She completed a BA degree in dramaturgy (AGRFT, Slovenia, 2010) and an MA degree in playwriting (Kingston University, 2013) and also worked as an actress in short films and TV series in Slovenia and London (The River Spirit, Pen and Rose productions, radio show 492 Korna club). Her work is focused on women, the natural world and cultural diversity. Her experience derives from having resided in Slovenia, Bosnia, India and the UK. Vesna established a holistic female theatre company Vixen theatre in January 2017.